The first health check (1HC) ran between March 1993 and May 1998, with 25,639 participants attending an appointment. The aim of the 1HC was to collect general information on health, diet and anthropometry.


After returning the consent form and first set of questionnaires (a health and lifestyle questionnaire (HLQ) and a twenty-four hour dietary recall (24hDR) questionnaire), participants were sent an appointment for a health check and a food frequency questionnaire, which asked about their long- term dietary intake over the previous year.


At the 1HC, the participant was examined by one of seven nurses who had been carefully trained to adhere to the EPIC protocol. The nurse recorded height, weight, waist, hip and chest measurements and took readings of blood pressure and lung capacity. The participants also gave blood and urine samples.


A regular calibration exercise was undertaken at a meeting of the nurses and co-ordinators to ensure accuracy of study equipment and consistency of data collection methods.


During the health check, participants received a 7-day diet diary (7dDD). A nurse explained the purpose of the 7dDD and took a 24-hour diet recall to provide guidance on how to complete the 7dDD, to ensure good quality of recording by the participant for the remaining 6 days. The nurses received specific training in dietary survey methods to ensure that participants recorded their diet accurately, and that nurses were not 'judgmental' about food intake. The 7dDD was completed by 25,525 participants, to a very high standard, with some people even including food recipes and packaging.

All the results from the health check, including blood pressure and cholesterol levels, were sent to the participant's GP, who was responsible for any further clinical follow-up and/or treatment. 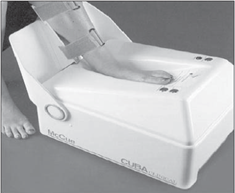 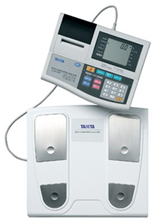 Three years after the 1HC, all available participants were invited again for a second health check (2HC). At this time-point, 22,399 participants were approached, 15,786 of whom attended the health check. One of the aims of the 2HC was to obtain repeat measurements and participants were therefore asked to complete a second follow-up HLQ, a 24hDR, a FFQ and a 7dDD. However, we also wanted to study bone health and body composition and so introduced some new measures to this health check: heel ultrasound measurements of each foot were performed and percentage body fat was estimated. 15,672 participants also completed a questionnaire on their physical activity (a PDF version of this questionnaire is available here and associated data entry and processing program is available here). 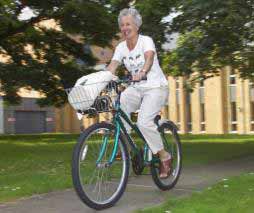 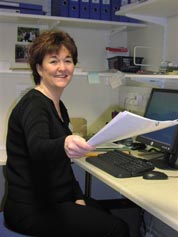 The 3HC of the EPIC-Norfolk study ran from 2004 to 2011. At the start of the 3HC, the EPIC-Norfolk participants fell into the 50-92 age group. It was therefore important to have more information on diseases and health endpoints of relevance to the older population. We wanted to see how these may impact on our daily lives making us more prone to serious illnesses such as cancer, heart disease and diabetes. Repeat assessments in this phase included a follow-up health questionnaire, a 7-day food diary and the same physical measures taken at the first and second health checks: height, weight, hip, waist and chest measurements, blood pressure, lung capacity, heel-bone ultrasound, percentage body fat and a blood sample. New assessments in this phase included memory and cognition testing and a thorough eye examination using some of the latest technology in optic nerve and retinal photography. We looked in particular at glaucoma and age related macular degeneration, which are the two major causes of irreversible blindness in this country. The average 3HC appointment lasted 2.5 hours, which is longer than previous health checks and this was due to this check being far more comprehensive than those carried out previously. 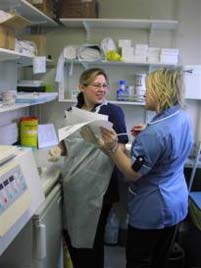 
The Fourth Health Check (4HC) ran between September 2012 and March 2016 and a total of 5695 participants attended an appointment during this time. The 4HC appointment lasted on average 1 hour 20 minutes.


The aim of the 4HC was to investigate the levels and patterns of physical activity undertaken by our participants and to relate this to body composition. The data collected will be used towards developing interventions aimed at keeping people more active as they get older.


The aim of this phase of EPIC-Norfolk (5HC) was to investigate measures to understand better how health changes as individuals age, and further clarify the factors that influence the ageing process and risk of disease. We looked into cognitive function (including memory), the levels and patterns of physical activity undertaken by participants, and relating this to change in function and body composition as we age.


There is evidence that lifestyle factors (such as diet, smoking and exercise) are associated with the risk of a number of the common conditions linked to ageing e.g. diabetes, heart disease and dementia. The EPIC-Norfolk study had collected over twenty years of lifestyle, biological and genetic information and was therefore well placed to identify not only factors associated with decline but also those associated with the maintenance of health and functional ability in older age.


This phase of the EPIC-Norfolk study was sponsored by the University of Cambridge and was funded by the Medical Research Council. Prof. Nick Wareham, Director of the MRC Epidemiology Unit is the Chief Investigator who lead this phase of EPIC-Norfolk, in collaboration with Prof. Kay-Tee Khaw, Head of Clinical Gerontology, both of the University of Cambridge.


The 5HC appointment was carried out at the EPIC-Norfolk Research Unit at the Norwich Community Hospital. The 5HC took place over a single visit that lasted approximately 2 -2 1/2 hours. The length of the appointment varied between individuals, but we expected it to take no longer than 3 hours.


During the visit a number of procedures were carried out, as follows:


Cognition is a range of processes that enable us to function and deal with the world around us. Measurements of cognition were first introduced to EPIC-Norfolk at the third health check (2004 - 2011).


A number of measurements were conducted to assess a range of cognitive functions including memory, language, attention, learning and information retention. Some of the measurements that were carried out in the 5HC were repeat measures. Other measurements were new to this health check and consisted of a set of simple response tasks.